ACEs Low: The Impact of Abuse, Neglect, and Other Adverse Experiences

Adverse Childhood Experiences, or ACEs, are used to describe various traumatic experiences that many people endure during their childhood. Recent studies have shown a substantial link between ACEs and the health and social difficulties one experiences later in life. 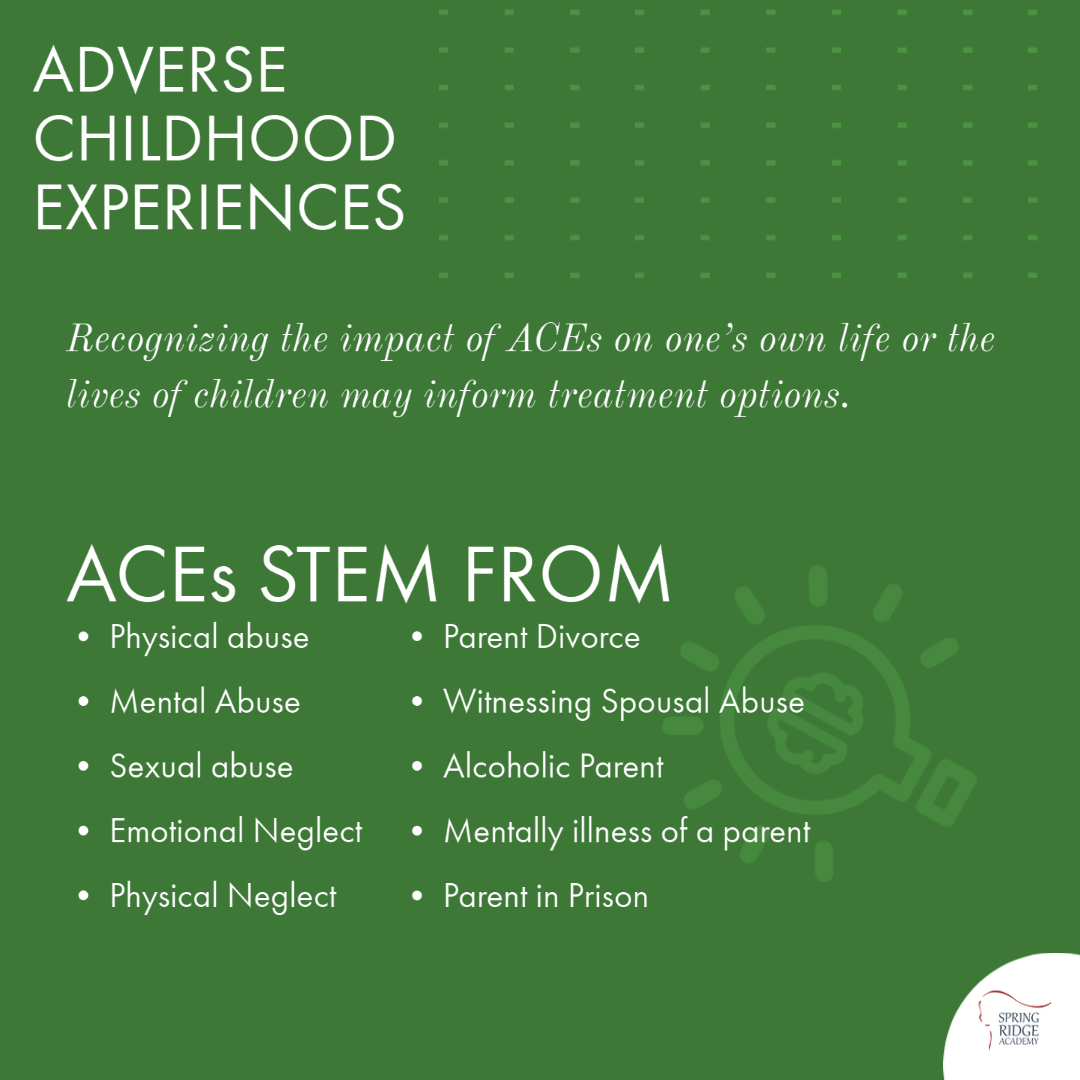 Adverse Childhood Experiences, or ACEs, are used to describe various traumatic experiences that many people endure during their childhood. Recent studies have shown a substantial link between ACEs and the health and social difficulties one experiences later in life.  These studies show that trauma impacts mental and physical health and brain development. Although some health issues are related to lifestyle choices (drug use, smoking, obesity), other conditions are independent of these choices.

How To Determine The Impact of ACEs?

A simple ten-question exam may assist providers in determining health risks clients may face more effectively than family history.  It may also support providers in recommending trauma-based therapies in conjunction with medical treatment. Recognizing the impact of ACEs on one’s own life or the lives of children may inform treatment options.

The ACEs test has ten basic questions on the following areas:

A person receives one point for each of the things that occurred during their childhood life. It is important to note that a point is given regardless of the frequency or intensity of the event. In addition, other social or environmental issues are left off that may also be traumas (for example, living in an area prone to violent crime). The test also does not consider the impact of positive experiences on healing. A person with a score of three or higher is at substantial risk for negative health risks. According to the CDC, 5 out of 10 top causes for death are associated with ACEs, and six in ten adults report at least one ACE, and one in six adults report four or more ACEs.

How Do ACEs Impact a Person?

The physical, mental, and social impact of ACEs is dramatic. It tends to act in conjunction to impact health outcomes negatively. Issues of brain development associated with ACEs include

These are often contributing factors toward mental health issues such as depression, anxiety, emotional regulation, difficulty concentrating, suicidality, and addiction. These effects may also mimic issues such as ADHD, ODD, mood disorders, and personality disorders. The health impacts include increased risk for cancer, heart disease, diabetes, stroke, digestive issues, chronic pain, asthma, obesity. Although some of these effects are related to lifestyle choices, ACES are increases in cortisol and adrenaline that directly affect blood sugar, heart function, digestive tract, and immune systems.

ACEs are also associated with social issues such as dropping out of school, unemployment, violence, and incarceration. These factors combine to increase negative effects. For example, a child struggling to pay attention in school may be more likely to drop out, use substances, or experience depression, anxiety, and deteriorating health.

The good news is that awareness of ACEs has increased, and approaching healthcare, education, and mental health care from a trauma-centered approach may improve outcomes. Utilizing screening for ACEs in healthcare settings, especially in pediatrics, may allow proactive treatment and education.

Mental health and school counselors may be more effective in recognizing how trauma may be the underlying cause of symptoms. They then can work to resolve those issues rather than hitting the symptoms as they emerge. More effective trauma treatments such as EMDR, Somatic Experiencing, Neurofeedback, and Tension and Trauma Releasing Exercises have been developed to reduce the impact of trauma. Incorporating yoga, dance, exercise, meditation into treatment or schools may reduce physical tension and cortisol.

Educating teachers and caregivers on how to be more trauma aware and respond by increasing coping skills rather than punishment.

A primary way one heals from trauma is to form healthy relationships, which is ironic because most trauma stems from relational injury. Further, being a mentor, a friend, listening, offering support, having patience often create opportunities for healing that don’t require an advanced degree.