What is EMDR and How is It Used?

Trauma and abuse can have devastating impacts on a person’s ability to lead a healthy and productive life. The good news is that in the 1980s, researchers discovered a new modality utilizing eye movement and bilateral stimulations to help resolve trauma. 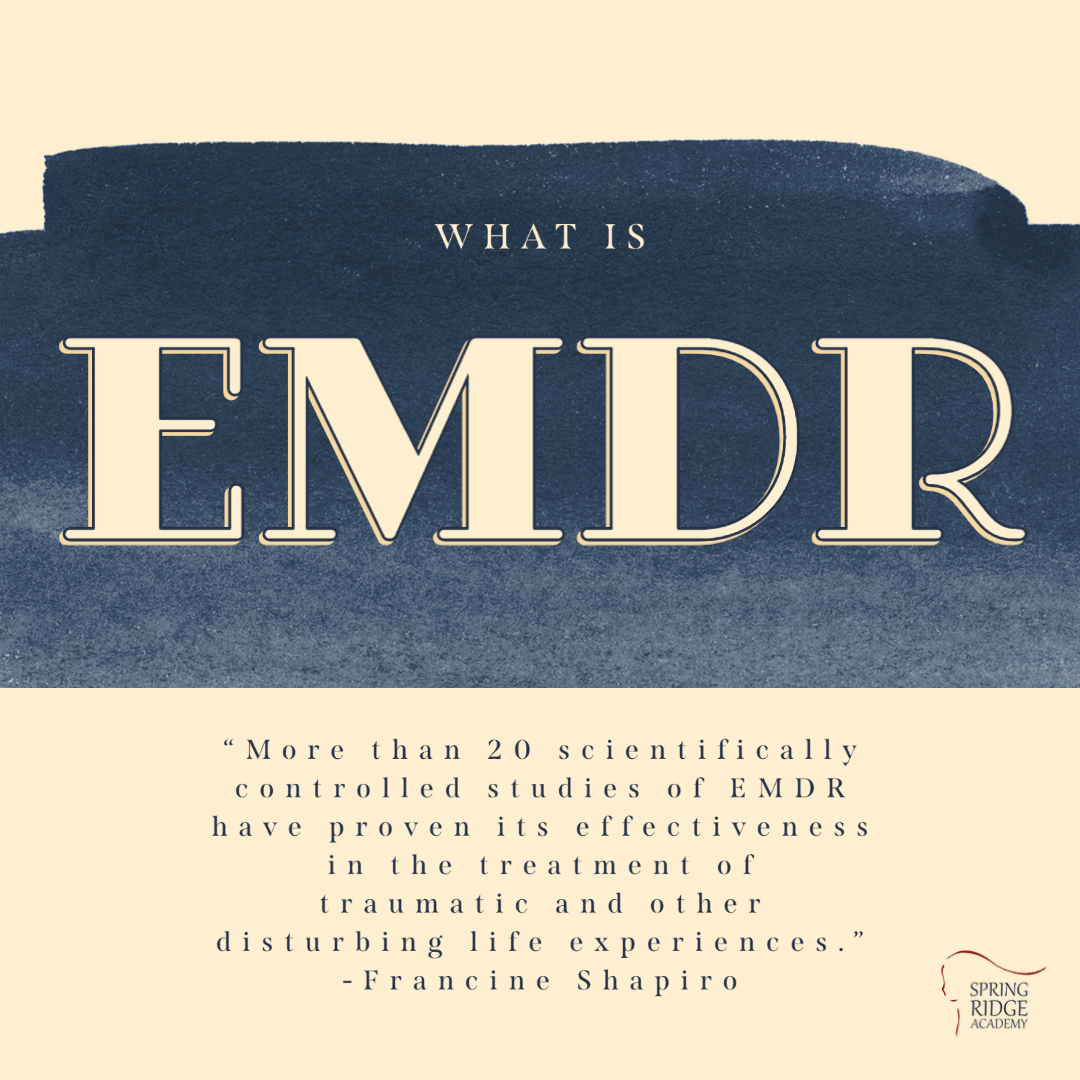 Trauma and abuse can have devastating impacts on a person’s ability to lead a healthy and productive life. Post Traumatic Stress Disorder, developmental trauma, and other issues may impact people long after the physical wounds appear to heal. The good news is that in the 1980s, researchers discovered a new modality utilizing eye movement and bilateral stimulations to help resolve trauma. This process is known as Eye Movement Desensitization and Reprocessing or EMDR.

EMDR has been shown in research to effectively resolve symptoms related to PTSD, trauma, and abuse and to work at a faster rate than cognitive-based therapies.

How Was EMDR Developed?

EMDR was discovered and innovated by Francine Shapiro. Shapiro was walking through a park, and she observed herself having some disturbing thoughts. Previously, she noticed that these thoughts generally formed a loop repeating until something was done to stop or change them. However, on this day, she noticed that as the thoughts were coming up, they were disappearing and changing without any conscious effort (Shapiro 1995).

Shapiro began to observe her actions very closely and noticed that her eyes began moving rapidly back and forth and in an upward diagonal when a thought would come up. She began experimenting with this phenomenon and discovered that as she brought up disturbing thoughts and began the same eye movement, these thoughts began to resolve. She began experimenting with colleagues and discovered that they had similar positive outcomes. Shapiro researched which eye movements were effective and how they impacted various thoughts, emotions, and sensations. From this research, she developed a procedure of using eye movements to relieve symptoms of anxiety (Shapiro 1995).

How EMDR works to reduce traumatic memory is more theoretical than proven science. Shapiro has offered a theory known as the Accelerated Information Processing model. This theory suggests the brain has an information processing system, which allows the brain to process experiences to learn and adapt. The memory stores events as various components, such as physical sensations, images, thoughts, narratives, and emotions. However, these components may be stored in different parts of the brain. (Shapiro 1995, 2001). As a result, traumatic events may overwhelm the processing system.

Our memory stores events how we experienced them when they occurred, and they become stuck. Because they were not processed fully, the events remain highly charged. This means that emotions, sensations, images, distorted thoughts maintain their intensity. When accessed or triggered, the person may experience the event in the present similar to the time it occurred. EMDR works by physiologically stimulating the processing center and allowing the various components to process into an adaptive learning process (Shapiro 1995, 2001).

In essence, if one touches a hot stove, the brain processes that information into the lesson “Don’t touch”. If someone holds one’s hand on a hot stove, the event is too much for your brain to process, so it just stores the various aspects in memory.

So, How Does EMDR Work?

EMDR does not work by erasing or repressing traumatic events or memories. It appears to remove the emotional or sensory-based charge attached to these emotions and allow for more positive and affirming cognitions and feeling to replace negative beliefs. For example, a victim of sexual abuse may have flashbacks and sensory memories associated with the sensations of feeling dirty, feelings of guilt and shame, and negative cognitions (held beliefs) such as “It was my fault.” EMDR would target each of these associations by having the client bring up an image of the event in a safe, supportive environment and under the care of a trained professional. The cline would identify the negative cognition and then complete eye movements or other left-right sensations (hand buzzers or tones in the ears). The eye movement allows the feelings, cognitions, and sensations to process through rather than remain stuck in a loop.

Once targets are processed through positive or healing cognitions, “I did what I could to survive, it wasn’t my fault” or “I can be whole again” are encouraged through different eye movements or left-right stimulation. It is important to note that these positive cognitions are not “implanted” but accepted, nor are falsehoods like “this event never happened” encouraged.

Metaphorically, imagine that you have a piece of metal stabbed into your hand. You bandage the wound but do not remove the metal.
The wound is unable to heal fully because the metal is still in your hand. The wound causes intermittent pain similar to the original injury; when you attempt to use the hand, it causes pain and discomfort, feeling of frustration and helplessness. You begin to believe, “I will never use my hand again. EMDR, in essence, removes the metal stuck in the hand, which reduces the pain, and then helps you recognize “I can use my hand now that the metal is out.” One may still have a scar, but the pain, frustration, and inability to use the hand are now gone.

The Role of Eye Movement Desensitization and Reprocessing (EMDR) Therapy in Medicine: Addressing the Psychological and Physical Symptoms Stemming from Adverse Life Experiences

EMDR therapy in children and adolescents who have post-traumatic stress disorder: a six-week follow-up study