A Brief Overview of Erikson’s 8 Stages of Development

Erik Erikson published the book Childhood and Society, where he described eight stages of psychosocial development, and he assigned the ages in which he felt the challenges were most critical. 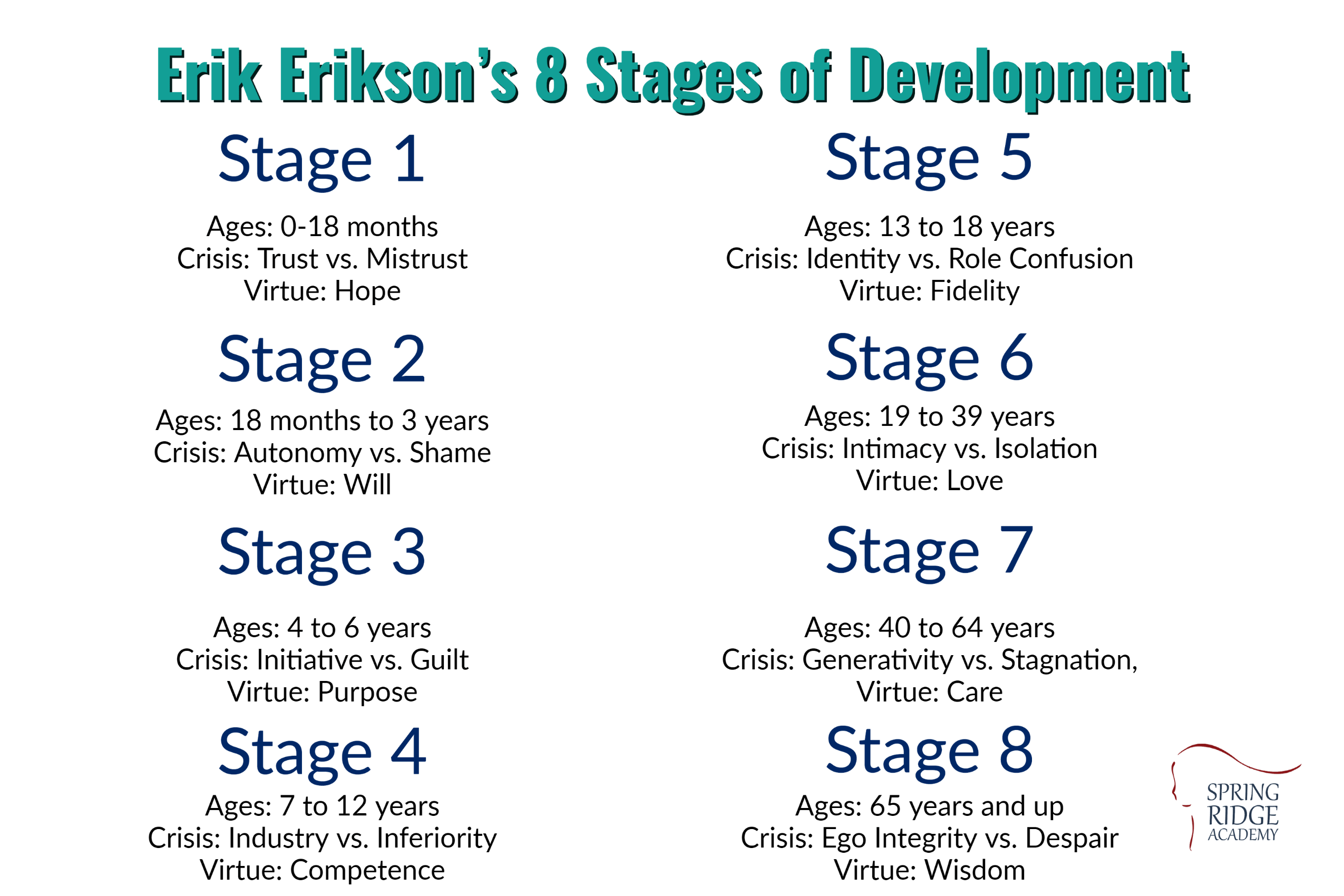 In 1950, Erik Erikson published the book Childhood and Society, where he described eight stages of psychosocial development, and he assigned the ages in which he felt the challenges were most critical. Erikson noted that in each stage, a human being faces a challenge or, as defined by Erikson, a “Psychosocial Crisis.”

Although the word “crisis” denotes some level of danger or dysfunction, Erikson uses the term in more of Darwinian nature: The person is pushed toward growth and adaptation. He suggested that individuals must navigate through environmental, biological, and social forces (relationships) in each stage.

A favorable outcome in each stage created what he called a “virtue” or strength. An incomplete or negative outcome in a stage was likely to impact future stages and make it more challenging to function as an individual moves through their life cycle. Erikson acknowledged that a person might work toward or revisit these challenges throughout their life cycle.

Each “Psychosocial Crisis” is represented as one vs. another. Erikson described that success in a stage was more about balancing both sides of the equation rather than attaining one or the other. For example, someone in stage 5 must balance developing an identity (values, roles, beliefs) and resolving role confusion. This ability to accept role confusion serves later as roles change throughout one’s life. For example, when a person becomes a partner in a relationship or a parent. The ability to deal with role confusion allows us to adapt to the new roles successfully.

Even when a virtue is achieved, it may introduce new challenges later. For example, a person may achieve competency. Still, it may impact identity when their achievements define their identity (I am what I do vs. I am who I am). Often this reflects less of an issue with the stages of identity or industry but of an earlier stage that they did not successfully navigate. In this case, competency may have become a way of adaptation around a previous stage. For example, one may surmise, “If I can achieve on my own, I don’t need to trust others” (Stage 1). When a previous stage is incomplete or unresolved, a person may have to resolve that stage before successfully achieving success in their current stage.

When we regress toward a previous stage, we often use childish strategies (i.e., temper tantrums) to resolve adult or young adult problems. This is called developmental immaturity. Learning parenting strategies to support development and recognize regressions allows us to better respond to children and ourselves.

Childhood and Society by Erik Erikson